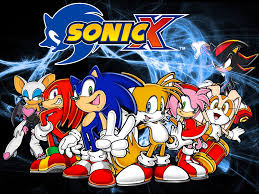 This is the Sonic X Canon is an anime that is the least Popular of the Three main Canons. It is also the most well-know before it was canceled.

This verse ranges from small Country busters in the normal states; while Super States range form planetary to dimensional in power, with hax such as Chaos Control, which can be use for warping time, and traveling to different worlds.

Many of the characters can in space, while having Super Forms that are faster then light in speed. this verse is above the likes of the HST, and has a power level compairable to the likes of ToAru.

Retrieved from "https://vs-sonic-the-hedgehog.fandom.com/wiki/Sonic_X_Verse?oldid=5561"
Community content is available under CC-BY-SA unless otherwise noted.